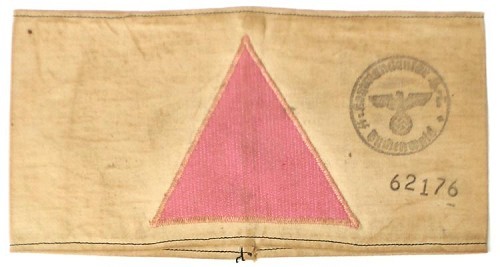 Shocked? Not a word most civilized people use anymore, is it? Imagine hearing it walking down Broad Street in Greenville. Imagine it being directed at you by six football player sized guys.

On Sunday, I went to grab something to eat really fast before friends came over. I was alone, walking down Broad to Rick’s Deli. As I approached the building, just about the time I realized they are closed on Sunday’s, a group of six good ol’ boy’s were approaching. As they were directly beside of me one of them commented on my shirt, which said “America” on it. I THINK he said he liked my shirt, to which one of the other’s said: “I’m pretty sure he’s a faggot who’s protesting”. At the same time, a protest was being held at The Peace Center in response to Charlottesville. As it turns out that protest was ending at around the time I was downtown. It wasn’t until later I realized the counter-protesters that showed up with Confederate Flags on Main Street in Greenville were actually from Charlottesville.

I didn’t reply. Afterall, I was alone, and there were six of them. I was mostly in shock. I text TJ, Jil, and Lee. Jil and Lee both asked how they would have even known… and maybe they didn’t know I actually am gay, or maybe one of them has suspiciously great gaydar or had seen me on Tinder earlier. Other than those texts, I just thought about what I would have done had they actually approached me.

We have now crossed into a dangerous time in our country where lines are being drawn. Where it’s important to identify where you stand, and it’s important, more than ever, to stand firm in your beliefs.

It is becoming harder and harder for me to take seriously the friendships of people who support those who do not value my life or the lives of my friends. Your support of those people, including the President after his statements on Tuesday, makes it impossible for you to on one hand say you value my friendship, my rights, and my life, while simultaneously supporting someone who supports others who are actively trying to take away those things. The President’s remarks from Tuesday were divisive and emboldened those who’d do harm to others. If he thought his remarks were being misinterpreted he would tweet it. He has not. If you watch, even General Kelly winces at several points during the statement and can be seen once leaning in to hear the President better before wincing. This is NOT okay and it is NOT okay for people to blindly support him without actually hearing the words coming out of his mouth.

I will admit that the I believe President Trump was correct in weighing his initial statement on Saturday. In fact, it may be the most Presidential thing he has done thus far. At that time he had little facts to speak on. It can be argued that once the facts started to come out, he waited too long, especially for a President that tweets on a whim. When asked by friends my impression of his initial handing, I thought he was being over criticized. Then he blew that out the window. At this point, it is no longer about Hillary Clinton. Now, you either support him and what he stands for, what he says, how he acts, and what he does. Or you do not. It’s that simple.

I will also admit I do not support the removal of ALL Confederate monuments. I look at them on a case-by-case basis so to speak. The minute man standing in front of the cemetery on Main Street should not be removed in my opinion. A statue glorifying a Confederate General who was responsible for the deaths of over 150,000 Americans, that I can support the removal of. Should we erase history? No. The statues and monuments aren’t the problems, it’s the racist that feel they are somehow better than anyone who doesn’t look or believe like they do.

There is no comparison between the two groups that were in Charlottesville, VA. America cannot allow our leaders to equivocate or even tepidly accept or allow Nazism in our country.

We live, once again, in a country where I genuinely fear for the safety of my friends and family. That is unacceptable. That is not my America.

The pink triangle I used as the featured image for this blog was what Germans required gays to wear in Germany under the Nazi regime. As Americans, as humans, we tend to pretend things can’t happen to us or our friends. Then before we know it, it potentially right before us.

This is a time when it is important to make it abundantly clear where you stand and put yourself on the right side of history just as statements from Sen. Scott, Sen. Rubio, Gov Bush and others came out last night did for them. Show where you heart truly is, not just who you voted for.